Click here to view our gallery of historical images 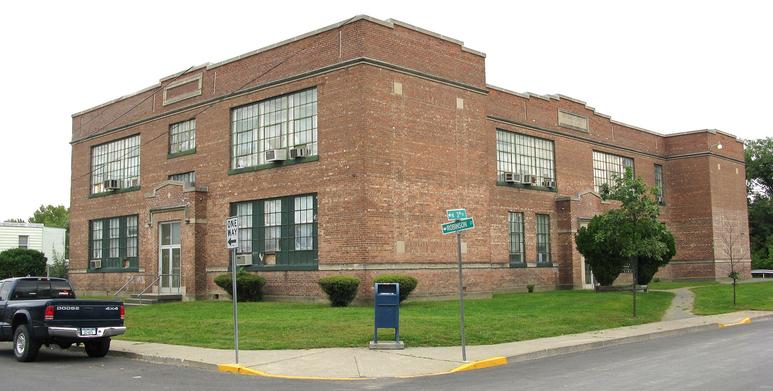 In 1922 our history began when the idea was proposed to build a new grade school for the second ward of Hudson, NY. After much deliberation and the review of several architects' proposals, on June 28, 1922 during a meeting of the Board of Education a decision was made and the chosen architects were announced the following morning in the paper. The Board of Education went with M. L. Cummings and Sons who were based in Troy and had already designed some important structures in that area, including: Russell Sage College of Practical Arts at Troy and all the buildings of the Emma Willard School at Troy. Being in good hands the Board of Education hoped to have the plans and specifications for the new school in about three weeks.

As the Hudson Gazette reported on August 24 of that year, the new grade school house would have," three entrances. With front of school to be on Third St. School to be two story structure with the exterior of brick. 12 classrooms, large assembly hall and other rooms..." To be located on the northwest corner of Third and Robinson Streets, it would take another two years before the school would finally be built. On September 8, 1924 the new school was dedicated the Charles S. Williams Memorial School, named after the late Superintendent Williams.

Until 1970 the building would serve as an elementary school where in 1970 it was closed for economic reasons and soon after repurposed to house a head start program as well as the district's stay-in school alternate learning program. In 1977 the building was put up for auction again and an agreement was made between the county and the Hudson City School District where the county would rent the building and house offices for various departments. A two year renovation project began as old classrooms were redone to suit their new purposes and in what was once the auditorium/gymnasium (and what has become the auditorium once again) a building was built to house offices for the departments of public and environmental health (see picture on side).

Now vacant again the building was on the market and in September of 2006 the building was in the running to become the new home for the Hudson Police Department, City Court, and the Office of Code Enforcement.

​In 2011 Charles Williams Memorial School was purchased by Steven Johnson and Walter Sudol who have turned the building into what is now Second Ward Foundation. Our inaugural event was held on October 4-5, 2013 and since then we have had a growing calendar of events as well artists in residence. Old classrooms and offices are being turned into artist studios and the auditorium has been returned to its original state in which performances, concerts, and video screenings have been held. As we develop and grow so do our programs and events as well as our opportunities to engage the community.